"Do you not know that in a race the runners all compete, but only one receives the prize? Run in such a way that you may win it. Athletes exercise self-control in all things; they do it to receive a perishable garland, but we an imperishable one. So I do not run aimlessly, nor do I box as though beating the air; but I pummel my body and subdue it, so that after proclaiming to others I myself should not be disqualified." (1Corinthians 9:24-27)
The following transcript was taken from oral sermon presentation by Father Matthew Kirby
An analogy of athletics is used by St Paul in this passage. He does it elsewhere in the scriptures as well. Here he compares the Christian life to a race, then later in the same passage he compares it to boxing. "Nor do I box as though beating the air: but I pummel my body and subdue it”. In other places he talks about life as a type of warfare, as the activities of a soldier. So, all of these very physical analogies or metaphors mean that we are spiritual athletes. It doesn’t matter what our status is as physical athletes, we may have a very poor status as physical athletes but that doesn't change the fact that we need to be true spiritual athletes. In this analogy that St Paul uses, he talks about us “running a race”.
What are we running from? What are we running towards?
We are running from temptation. Trying to avoid the temptation of sin. From situations we know will tempt us. Situations that we are vulnerable to and that will vary from person to person. We are to avoid occasions of sin. We practice what the old theologians called “the custody of the sensors”. We pay attention to what we read, what we watch and what we listen to because what goes into our minds tends to affect what we think. We run from temptation but that doesn’t mean we block ourselves off from the world entirely, that is unrealistic and unhealthy. But things that we know will strongly tempt us we avoid as much as possible.

More important than what we are running from is what we are running to. We are running towards God. Our focus is on Him in the same way a sprinter looks a the finish-line. For us the finish line is eternity with God. We focus on God himself, He is our goal. We run from temptation and we run towards The Lord. Unless we have our spiritual eyes on Him then we can't run away from temptation because it is more important what we run towards than what we run away from. We now know what we are "running from" and what we are "running to".
What is this “running”? What is it an analogy for?
It is an analogy for the works that we do as Christians. To serve others. To love our neighbour. To glorify God. That is our “run”. It is not only what we do for others, it is also our prayer life which is a spiritual athletic activity. In our spiritual works as an athlete for God we even go to gym each week, it is called a church. Exercise those spiritual muscles in worship, by hearing His word and I hope by actively processing that word which is required to run our own lives. 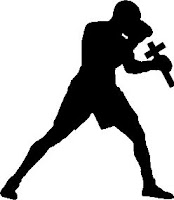 St Paul doesn't just use “the runner” as a metaphor, he also uses “the boxer”.
He even refers to himself as a boxer. So, we have a fight on our hands. We have to fight temptation. Sometimes we can't run from a situation. There might be a situation that we know will make us angry, and maybe for a good reason. We might also realise that anger can be a temptation, especially if we go too far in our anger. If we can't avoid the temptation we must fight the situations in our lives where things come and tempt us to get too angry (or whatever the sin is). We can't avoid the situation all of the time but we can fight it. We resist the temptation.
What are we fighting?
In a sense we have to fight ourselves. We are not fighting other people, we are fighting “the enemy within”. He says “I pummel my body and subdue it, less I be preaching to others and myself I be disqualified” and of cause as you are aware many sports people see their primary competitor as themselves because they are always looking for a personal best. When they go to the gym they are thinking about what they are trying to do and how to get their bodies to do what they want. So, they look after their diet. They want to have that huge bowl of chips but they deny that particular desire. They might want to stop with the weights at a certain point saying “I really want to stop, I've had enough, but I have to go further to get to where I want to go. To achieve what I want to achieve”. They go through the pain barrier. They subdue the body through diet and going through that pain barrier, always aiming for a personal best. That is what they do as “physical athletes”. 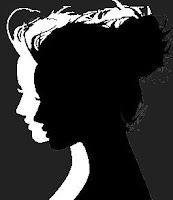 We too have to think about this as “spiritual athletes”.
Even though we are “spiritual athletes” the body is still relevant because as human beings, the Christian faith teaches us, we are not just souls who happen to have this thing called a body. We are embodied souls. We are soul and body in a true unity. Our body and soul correlate to each other. They are important to one another. To look after ourselves, our spirits, includes being tender in our bodies. The word tender has to do with self control and moderating or modifying things. We temper our desires within our bodies. That may include practising self denial. Physical athletes look after their diets whereas Christians practice fasting.
Some have thought that Paul's imagery demanded a literal beating of himself as he talks about pummelling his body to subdue it. Some have taken it literally and made whips and hit themselves with it but St Paul warns in another place against treating the body too harshly. In Colossians 2:23 we see that there is the other side, “These indeed have an appearance of wisdom in promoting rigour of devotion, self effacement and severity to the body, but they are of no value in checking indulgence of the flesh”. There are certain things that can be done which seem to be hyper-spiritual in terms of cruelty to the body (extreme fasting and so on) but in many cases this is not according to God's will. There are places in the scriptures where there are extreme acts of self denial (40 day fasts for example) but when St Paul talks about pummelling his own body he is using an analogy from boxing, he is not actually talking about whipping himself. In fact the only suffering St Paul and his lot self inflicted was through fasting as far as we know. Although it is known they duly suffered scurging and worst in the hands of others and the saw this as redemptive.
We should not forget that in our age of comfort and anaesthetics that there is suffering in Christian life that is redemptive. But, Paul wants us to imitate the athletes by keeping our bodies under control. One thing about physical athletes is that they discipline their bodies but they don’t treat them so harshly as to destroy them. That would be pointless, counter-productive. Similarly Paul talks about the state of being too harsh to the body because if you make the body weak and ill, literally you may in fact be damaging the soul as well and be unable to do the works of God. We can summarise this be looking at the negative and the positive.
On the negative side.
When in temptation run from it, or when you can't then fight it. Deny the self through your flesh, through fasting and self discipline.
On the positive side. Run. Do good works. Fight. Pray. Focus on the Lord. Get fully involved with the church, in other words go to gym and really get involved. Contribute to the church, of yourself, of your resources and of your talents. If we do this we will win the prize.