The Following is a transcript of an oral sermon
presented by Fr Matthew to his Parish during Lent.
Why do we fast?
We fast during Lent to maintain a discipline that will allow us to be in control of our bodies, rather than our bodies being in control of us. At first sight it would appear that Jesus' fast made him more vulnerable as it was so extreme (40 days and 40 nights) that it seemed to give the devil an opening.
Starting with the issue of food.
The first thing Satan says is “If you're the son of God, command that these stones be made bread”, but Jesus through His suffering obedience was too strong for Satan. Jesus here reverses the original sin, by overcoming a more intense version of the original temptation. In the story (in Genesis) of that first temptation and that first human sin, the tempter Satan brings Eve to the point of tasting the forbidden fruit, the knowledge of good and evil. What Jesus experiences here is related to what Eve experienced back then. Note that:
First – Jesus is tempted by food, just as Eve was. He is asked to turn stones into bread and Eve was tempted by the fruit of the tree, which we are told in Genesis was good to eat.
Second - Satan wants to put doubt into Jesus' mind in persuading Him to test Gods' promise to look after Him. He says, “IF you are the son of God, command that these stones be made bread”, so it's not just about food, it is about trying to make Him doubt His very identity and His relationship with the Father. In His weakened state the Devil is looking for an opening that he might foster doubt (the lack of faith in God). Now, this is exactly what Satan did to Eve back at that first temptation. Such a test would only be necessary (the test of God) if you had doubts in the first place. The Devil is tempting Jesus to test God, of cause that wouldn't be necessary unless you doubted whether God was going to do it. So, it is all about doubt and back in Genesis the tempter asks Eve “DID God really say?”. Then later on when he is told what God really said (which he know of cause), he says “No you won't really die”. So, it is about doubting Gods' word, it is not just about food.
Third – There is an offer of glory. The Devil says “I'll give all this to you, all the kingdoms of the world, all their glory if you worship me”. Well, Eve was also tempted with glory. The tempter says to her “you'll become like Gods, knowing good and evil”. There is this parallel between the first great temptation of humanity and this temptation of Christ in the desert. 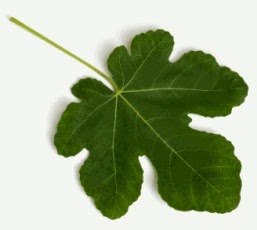 Now, speaking of our ancient parents (this story and the connection between them).
A little boy once opened a big family bible with fascination. He looked at the old pages as he turned them and something fell out of the bible. He picked it up and looked at it closely. It was an old leaf from a tree that had been pressed between two pages (People used to do that with flowers and leaves and things). “Mummy look what I’ve found” the boy called out. “What have you got there dear?” his mother asked. The astonishment in the young boys voice answered “It's Adams suit!”. We heard this morning at the end of the Genesis reading how their eyes WERE opened and they knew they were naked, suddenly other temptation had come in that had meant nothing to them before. Their bodies had been under the control of their minds before and that would no longer be the case and so they made primitive clothing for themselves.
But - back to Jesus' temptation,
We might be tempted to say “well, that's fine for Jesus because He is God as well as man but what about us?” However it was Jesus' humanity that had to undergo the trials and if we have faith in Christ He lives in us. He does strengthen us. He strengthens our humanity through His humanity by that divine strength. He is the bridge between God and man. So, we don’t need to say “But that is fine for Jesus but it doesn’t mean anything for us” because indeed the strength that He brings to temptation is a strength that we can draw upon also through faith and love .
So can we also learn from His example and directly imitate it?
Well, Yes... The likelihood of us facing the exact same temptations as Jesus is none. However the principles underlying Jesus spiritual self defence are universal. So we will face DIFFERENT temptations to Jesus but we can resist the temptations in the same way that he did. The first thing to note, the first principal of spiritual self defence is that we need God more than anything or any one else. So, commitment to Him comes first. Jesus says to the Devil “ Man does not live by bread alone, but by every word that proceeds from the mouth of God” and Jesus says “You will worship the Lord your God alone” He draws on that word of God to say that God comes first. It is on that bedrock principal that God is number one in our lives that enables us to put everything else into perspective and to resist temptation. The second principal that is illustrated in what Jesus does is that we can trust God to meet our needs so we don't need to be testing Him as Jesus was asked to do by the Devil, or wait for proof before we act upon His word or believe in His promises. Unbelief in His promises feeds into sin because it takes away our confidence to fight a good fight. Resisting temptation is like a fight. To fight we need to have confidence. A soldier who has no confidence can't fight. For we have to trust God knowing that He will meet our needs. The Devil is trying to meet Jesus' need in a perverted sort of way. Jesus is hungry, so he says “alright, test God and prove you are who you really say you are and that He really loves you by turning these stones into bread” Knowing that Jesus is here to save the world he says “I will give you the world, I will give it up, you can have it as long as you worship me.” You might say, the temptation of the short cut to do evil that good may result. A temptation that is always with mankind. To do something that is wrong because “ohhh, it might be bad but something good will result from it” but all of this is based on distrust. The idea that we can't trust God to meet our needs and achieve His will the right way without resorting to sin.
So Number one – we need to put God first.
Number two - we have to trust Him to be the one to meet our needs.
Number three – we belong to God. We don't belong to even ourselves and we certainly don't belong to the Devil. God owns us and only He is absolutely entitled to our service.

Jesus says to the Devil “ It is written, you shall worship the Lord your God and HIM only shall thou serve” God is not only number one FOR us but He is the one we belong to. We are already His. Only He has absolute rights over us because He created us and then He redeemed us. So to resist temptation we must remind ourselves that what God offers is infinitely better than what the Devil offers and unlike the Devil God actually keeps His promises. We are Gods' anyway so we may as well act like it. In keeping these things in mind we resist temptation. The thing to realise about the Devils temptation is that the Devil is a good liar. A clever liar. He will speak things that are with an element of truth in them but then pervert them. When he said to Eve “when you eat you shall not die” physically it was true. Eve did not die that day she ate the fruit. But she did die spiritually. It was a spiritual death that took place.
When Satan comes to Jesus he quotes from the scripture and tries to use it to achieve his will. So, the thing about temptation is that is not all about the obvious lie. It can be about the subtle lie. Never the less, we can make those distinctions between the truth and falsehood if we trust God, put Him first and understand that we are His already. We just need to live in that reality.