Ephesians 4:17-32 (King James Version)
This I say therefore, and testify in the Lord, that ye henceforth walk not as other Gentiles walk, in the vanity of their mind; Having the understanding darkened, being alienated from the life of God through the ignorance that is in them, because of the hardness of their heart: Who being past feeling, have given themselves over unto lasciviousness, to work all uncleanness with greediness. But ye have not so learned Christ; If so be that ye have heard him, and have been taught by him, as the truth is in Jesus: That ye put off concerning the former manner of life, the old manhood, which is corrupt according to the deceitful lusts; And be renewed in the spirit of your mind; And that ye put on the new manhood, which after God is created in righteousness and true holiness. Wherefore putting away lying, speak every man truth with his neighbour: for we are members one of another. Be ye angry, and sin not: let not the sun go down upon your wrath: Neither give place to the devil. Let him that stole steal no more: but rather let him labour, working with his hands the thing which is good, that he may have to give to him that needeth. Let no evil speech proceed of your mouth, but that which is good to the use of edifying, that it may minister grace unto the hearers. And grieve not the holy Spirit of God, whereby ye are sealed unto the day of redemption. Let all bitterness, and wrath, and anger, and clamour, and evil speaking, be put away from you, with all malice: And be ye kind one to another, tenderhearted, forgiving one another, even as God for Christ's sake hath forgiven you.
"walk not as other Gentiles walk" + 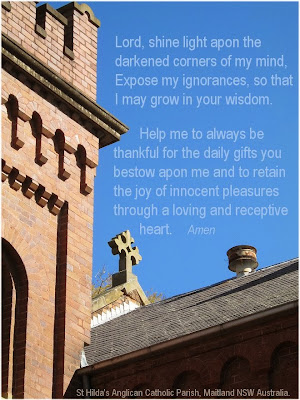 Ignorance because of hardness of heart: "Ignorance is no excuse" can sometimes be completely unfair as a statement. But other times it is perfectly just. Cp. vincible versus invincible ignorance in Catholic theology. But it's not just that people should know better because they should have sought the truth more. No, more than that, fallen humanity actively suppresses Truth by a moral stance. Or amoral or immoral stance! Suppression of conscience, of the discernment of evil and of good, can occur through simply going against it in action, following our desires regardless of what it says. But, more subtly, we can also suppress it by rationalising away its dictates through creating our own convenient worldview which excuses sin or denies its existence. The heart may know better at first, but the heart can be desensitised and deadened. It can be hardened. This will then affect interpretation of reality and filter the information seen and heard. Certain kinds of knowledge will simply not be accepted, or even register. Much in the way of wisdom will be incomprehensible. However, this ignorance is no excuse, because it is not an unlucky cause of sin, it is the effect of sin, and its "protector" and "strengthener".

Being past feeling leads to lust and greed: Irony here. Desensitisation due to sin leads to more desire, more seeking for pleasure in a disorderly way. Why? Because sin promises so much, but so frequently disappoints. The thing that seemed to be the key to happiness soon becomes a disappointment, tends toward tedium. So people lose their potential for enjoyment of innocent pleasures by seeking them to excess or in illegitimate and selfish ways. Then they try to compensate for this by yet more of the same! E.g., insatiable lust for food, money. And they may even become so hardened and perverse that they can only take pleasure in what is vicious. E.g., sadists and con-men.

The irony of holy living is that self-discipline and moderation lead to greater happiness, partly because the good things of this world thus retain their pleasurableness. But even more because, by these lesser goods remaining in their rightful, secondary place, we are able to enjoy the primary, higher, spiritual goods. We can know God and his many graces.

So, what can we learn from St Paul's teaching about fallen humanity? Because we have been given a new humanity in Christ, as today's Epistle also teaches, we can be soft and receptive towards God in our hearts. In so doing, we will know wisdom.
And, through moderation and elevation of our appetites in the power of the new creation,
we can find joy. +