Saints are recognised as having fulfilled the highest aspirations of religious teaching, surrendering to God's love so generously that the Church recognises them as heroes and heroines worthy to be held up for our inspiration.  They are role models of holiness to be imitated, strengthening and encouraging the believer within us, during the times of weakness in our spiritual journey. They remind us of the level of dedication and success achievable through the mercy and grace of God.
If we are to use Saints as role models to imitate then it is necessary  to look at why a particular person became recognised by the Church.
So, what is Valentines Day other than chocolate, roses and a romantic suggestion?
What does that have to do with my relationship with God?
The feast of St. Valentine (of February 14) dates back to 496 when Pope Gelasius 1 included Valentine among all those "... whose names are justly reverenced among men, but whose acts are known only to God." So we are a bit lacking in the factual recordings of this particular Saint. However a lot of the early Saints do have legends that develop. 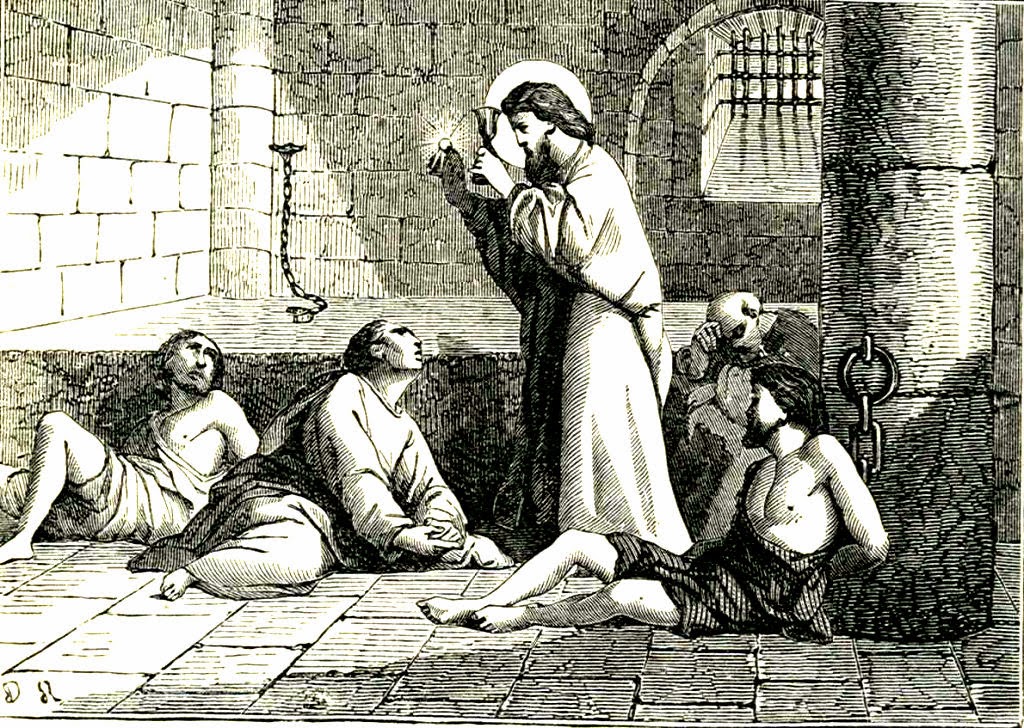 It is interesting that the celebration of Saint Valentine did not have any romantic connotations until 1381 when Chaucer wrote:
For this was on seynt Volantynys day
Whan euery bryd comyth there to chese his make.
Translated:
For this was on St. Valentine's Day,
when every bird cometh there to choose his mate.
The verse Roses are red is traceable as far back as 1590:
She bath'd with roses red, and violets blew,
And all the sweetest flowers, that in the forrest grew.

And this version dates 1784:
The rose is red, the violet's blue,
The honey's sweet, and so are you.
Thou art my love and I am thine;
I drew thee to my Valentine:
The lot was cast and then I drew,
And Fortune said it shou'd be you.

So this Valentines Day when you are feeling all romantic and loving, step back from the commercial card rack and give a thought to the purpose of recognising Saints. Valentines Day wasn't invented to romance the opposite sex. Its purpose was to honour a Saint and to learn by his example. In the legends that developed about Saint Valentine he wasn't trying to win the heart of a young maiden, but rather he puts his dedication to his faith and love of God, followed by his love for and serving of others, above everything including his own safety. 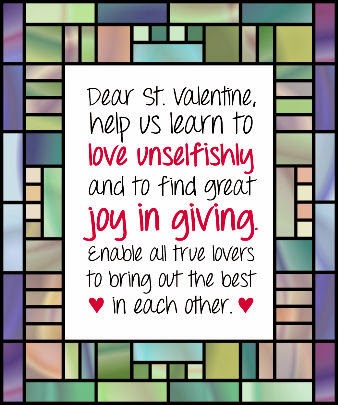 the lover of Christ and of the church,
we ask for your intercession
so that we may learn to love God above all things,
and to selfishly love one another.
O'Glorious Saint Valentine pray for us,
that we too may have the steadfast faith of the martyrs.

Lord Jesus Christ... be my Valentine.