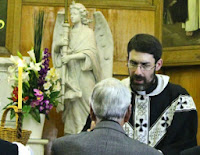 See then that ye walk circumspectly, not as fools, but as wise, Redeeming the time, because the days are evil. Wherefore be ye not unwise, but understanding what the will of the Lord is. And be not drunk with wine, wherein is excess; but be filled with the Spirit; Speaking to yourselves in psalms and hymns and spiritual songs, singing and making melody in your heart to the Lord; Giving thanks always for all things unto God and the Father in the name of our Lord Jesus Christ; Submitting yourselves one to another in the fear of God. Ephesians 5:15-21(KJV) 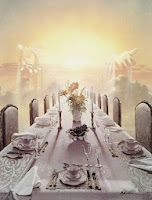 The kingdom of heaven is like unto a certain king, which made a marriage for his son, And sent forth his servants to call them that were bidden to the wedding: and they would not come. Again, he sent forth other servants, saying, Tell them which are bidden, Behold, I have prepared my dinner: my oxen and my fatlings are killed, and all things are ready: come unto the marriage. But they made light of it, and went their ways, one to his farm, another to his merchandise: And the remnant took his servants, and entreated them spitefully, and slew them. But when the king heard thereof, he was wroth: and he sent forth his armies, and destroyed those murderers, and burned up their city. Then saith he to his servants, The wedding is ready, but they which were bidden were not worthy. Go ye therefore into the highways, and as many as ye shall find, bid to the marriage. So those servants went out into the highways, and gathered together all as many as they found, both bad and good: and the wedding was furnished with guests. And when the king came in to see the guests, he saw there a man which had not on a wedding garment: And he saith unto him, Friend, how camest thou in hither not having a wedding garment? And he was speechless. Then said the king to the servants, Bind him hand and foot, and take him away, and cast him into outer darkness, there shall be weeping and gnashing of teeth. For many are called, but few are chosen. Matthew 22:2-14
"See then that ye walk circumspectly" +
There are 3 practical lessons for Christian living in today's Epistle and Gospel that I would like to draw out.
1. Redeeming the time:
To redeem time, as St Paul makes clear, demands wisdom and will. We must really think about what we do with our time. That does not mean there is no time for rest and recreation, but it does mean that we must ensure time is given to good works, and no time is wasted on foolishness or sin.

And it also means that we should plan ahead as best we can, and consciously allocate time, at least in a general way. How many of us say "I meant to do that, but never got around to it"? Well, in the same way that jobs often don't get done in communities unless a particular person is responsible for each particular task -- everybody's responsibility is nobody's responsibility -- our own tasks can remain like the end of the rainbow, never reached, unless we choose a specific time. Being organised, insofar as one can, is part of living a disciplined Christian life.

Of course, it would be just as silly in the other direction to make an idol out of a schedule, and refuse to be flexible in the face of life's surprises and others' unexpected needs. We do our best to redeem the time, but God is still the Lord of time.

2. Making melody in your heart to the Lord:
St Augustine it was, I think, who said that to sing hymns is to pray twice. Music makes it easier to remember the words, and brings a greater intensity to them. Find the Christian music you like the most, and listen to it. Then, as far as you can, sing it, even if only internally.

Note the St Paul says it needs to be in the heart. It may or may not also be on your lips, depending on circumstances and your confidence in your voice. But the beauty of the words of Christian hymns and songs can be utilised even without the music. So, use Hymn Books in your prayers! In addition to the Book of Common Praise, I have found the Book of Common Praise, for example, a wonderful and inspiring resource for prayer. It can also be a tool for meditiation. E.g., Litanies 677-682, Eucharistic devotions (and catechism!) 234, 241, biblical paraphrases such as 547. Get a good hymnal, and use it, with or without music.
3. Both bad and good:
People often complain about hypocrites in the Church, and there's no doubt they exist. They will then see this as a reason to dismiss the Faith. Even some Christians will use unworthy Church members as an excuse to push for a "purer" church, to limit membership as much as possible and declare that the unworthy are not really part of the church at all. They may even claim that a Church that acknowledges such "bad apples" as part of the fruit basket proves itself no church at all. But Jesus tells us in today's parable that even those who make it into the banquet, can end up being rejected, though it may take till the king arrives in judgement. Similarly, even lifelong communicant members of the Church can be outside the kingdom in their hearts and behaviour. There is no point using such people, or apparent examples of them, as an excuse to reject the Church. Jesus gave us fair warning. And, the fact is that the Church is obliged to give its flawed members the benefit of the doubt, and only overtly exclude those who manifestly and seriously act against its teaching in word or deed. Even then it is to reach out in the hope of reconciliation.

The Church is bigger than any merely human individual, good or bad. The Church, in its transcendental and fundamental identity, is the Body of Christ. But it's also a hospital for sinners, some of whom don't co-operate with their doctors or take their advice. Just like a normal hospital!